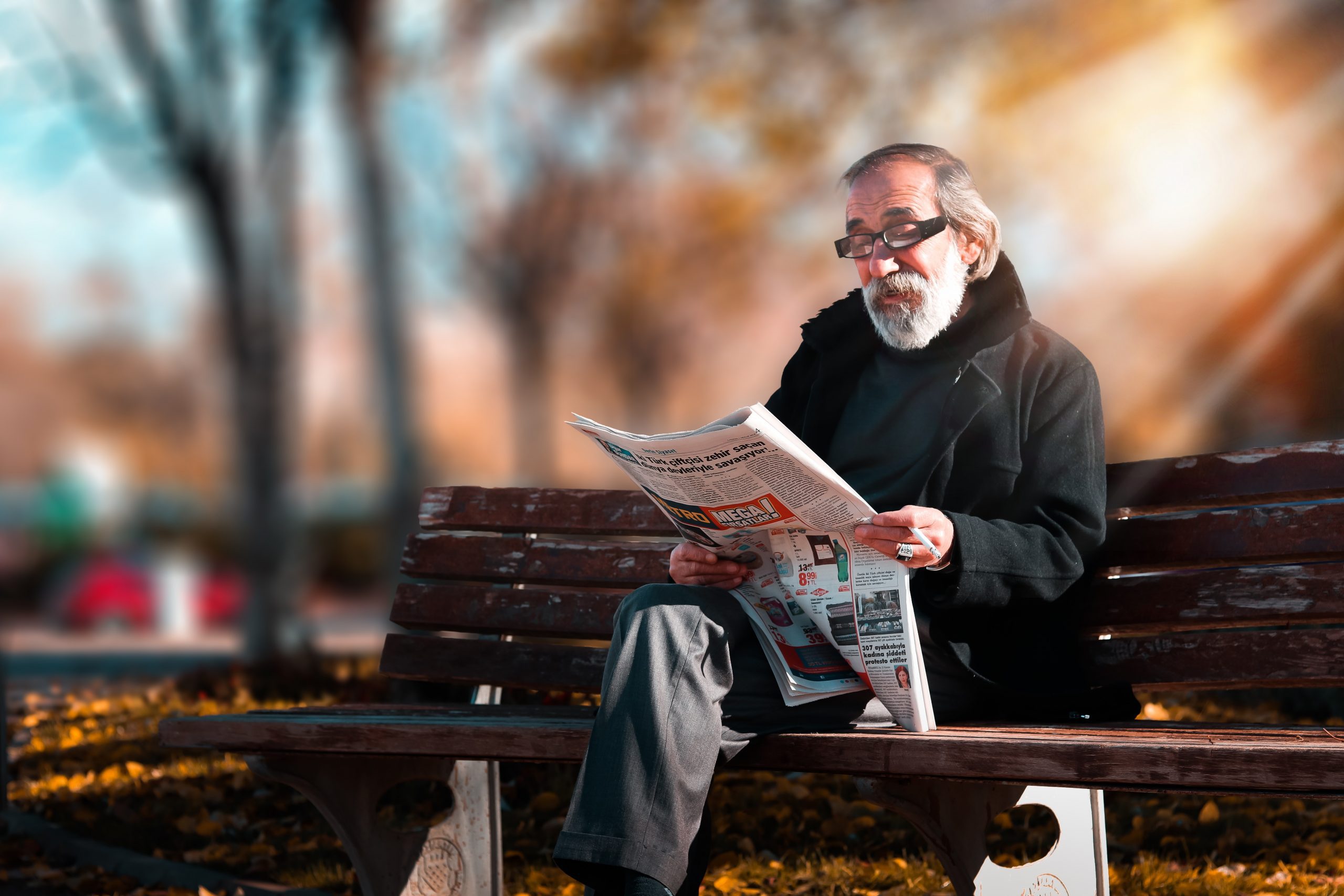 It was early on a Sunday morning as I stood with a handful of other patient shoppers outside of Trader Joe’s neighborhood market when I encountered the newspaper man.  TJ (as the locals call it) was not yet open for business- so those of us in need of soy milk, almond granola, organic fruits and the like waited in a loose sort-of semi circle around the front glass doors of the store.  I was standing off to the side, amusing myself by people-watching.  I spotted a very old Cadillac, faded blue in color with a sun-bleached top, pull into the parking lot very slowly.  Cars behind the unhurried Cadillac swiftly made their way around the vehicle with a seemingly annoyed acceleration.

The Cadillac moved into a parking space just across the way from our health food haven, and from the driver side stood up a very elderly man.  He was easily in his eighties, and maybe more years to his biography than that.  His thin white hair was neatly combed to one side.  He paused by the side of his car to straighten the dark blue polyester jacket that he wore over a pressed white shirt and light blue, undistinguished tie.  Gray polyester pants with soft black shoes completed his attire.

He came from an era when Sunday’s were meant for proper suits worn at church and family meals.  He carried his fragile frame in a way that told the world that he was not influenced or impressed by changing times and casual costumes of others.  Through the decades, his dignity had not been interrupted by fashionable foolhardy youngsters.

The elderly man walked with measured steps quite slowly towards the store.  His hands shook slightly, and his right leg did not keep pace with the left.  I had to imagine that there was some pain being felt in those steps- what was once a proud and purposeful stride had gradually… bit by bit… slowed to this tender movement.  But even without a strong, commanding gait- his character and stature had pillar impressions.

I could see coins cupped in one trembling hand as he came towards the sidewalk.  Shoppers moved aside to let him through- but the door was not his destination.  The Cadillac man made his way to the newspaper stand to get the Sunday paper.  It took a few tries to work the coins into the thin slots- eventually he was able to free the front panel and carefully remove the thick newspaper from inside.  He tucked the paper under his arm and made his way back to the car that most certainly carried equally as many memories as miles.

I felt a wave of emotion come over me- enamored by this endearing gentleman.  I wanted to climb into the passenger seat and drive a distance with him.  Ask him about the journey he has had.  Find out what keeps him intently interested in the news of the world.  His continued thirst for knowledge and understanding was inspiring.  I wanted to hear his thoughts because his mind had not weakened as his joints had.  Here was a man having to physically wrestle with time- but the days, months and years had not taken away his spirit and determination to participate in a society that, unfortunately, is far too busy trying to capture youth to recognize where wisdom and vitality are truly found.